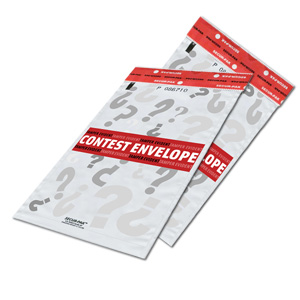 Looking to add some sizzle to an upcoming conference? A Texas-based company in the housing industry recently teamed up with a building products sponsor and was looking for some conference promotions.  Odds On was able to help them to insure a Pick ‘Til You Win Lucky Envelopes contest designed to increase traffic and attendance to their local “Buyer Group” meeting.

On the promotion date, one conference attendee chosen at random via raffle had the opportunity to select from 5 of 40 of Odds On Promotions‘ Lucky Envelopes.  Contained within each of the 40 envelopes were inserts, each of which indicated a prize.  Eighteen of the inserts contained a trip for two prize, 17 inserts were worth a brand new Yeti Cooler and 5 were worth the insured grand prize — $25,000, paid for by Odds On!  Both the trip and cooler were client/sponsor-provided.

As you may already know, the great thing about a Pick ‘Til You Win-style Lucky Envelope game is that no one goes home empty handed, which is what makes this our favorite out of all of the different envelope games we have to offer.

The contestant just kept choosing and opening envelopes until they collected 5 matching inserts, which indicated the prize they had won.

This conference promotion ended up being such a success that the companies will be doing another promotion, in the exact same way, at their National Conference this Fall. 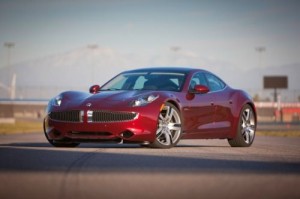 Are you looking for a trade show promotion that’s sure to attract attendees to your booth?  Just take notes from this home furnishings supplier out of Florida, who managed to do just that this past October… at the largest home furnishings trade show in the WORLD, nonetheless — High Point Market!

This year, they’ve come back to Odds On Promotions to insure the same trade show promotion again since it ended up being such a success for them!  If that’s not a testament to what our prize insurance is capable of, then we’re not sure what is!

The trade show promotion in question was — and will be again this year — a Pick ‘Til You Win-style Lucky Envelopes promotion, which will take place every day during the three-day trade show event.  Here’s how it will work: two randomly selected attendees who stop by the supplier’s booth will have the opportunity to open one envelope at a time, unveiling one of three different prizes. The first prize selected five times is the one they walk away with.  If the five inserts the attendee collects all end up displaying matching grand prize symbols, they’ll win a brand new Fisker Karma plug-in hybrid (shown above), valued at $116,000… and Odds On Promotions will cut a check for the prize amount!  With a prize that beautiful and luxurious at stake, it’s no wonder they’re insuring it two years in a row!

Looking for a great trade show promotion of your own?  Whether it’s a Lucky Envelopes promotion like this one, a dice roll contest or direct mail promotion to attract attendees to your event and participate in another one of our trade show promotions, we have something for everyone!  Feel free to visit our website for more promotion ideas for your next big event, then give Odds On a call at 888-827-2249 for a free, no-obligation quote.  You can even email us for more information, if you’d like!

Planning on attending an upcoming trade show event?  Looking for a fabulous promotion idea — or better yet, multiple promotion ideas?  Zak Woodhead, Risk Manger with Odds On Promotions, is here to encourage you to check out the basketball contests that this Home Builder & Remodelers Association (HBRA) in the Northeast insured during a trade show event!

During this two-day-long promotion, the HBRA insured a trio of basketball contests: a half court shot contest, a series shootout promotion and a three point thrills contest.

During the half court shot contest, one attendee was selected at random to make a basket from the half court line.  If they ended up shooting and scoring, they would have driven home in style… in a brand new vehicle valued at $35,000, paid for by Odds On!

Finally, a third attendee was selected to participate in the three-point thrills contest.  The attendee had 25 seconds to make ten shots, five of which were three-pointers, from various locations on the basketball court.  If they succeeded?  Another $10,000… and Odds On would have written the check!

While unfortunately, there were no winners, fun was had by all.  Interested in insuring multiple basketball promotions of your own?  Interested in any other sport(s)?  Give Odds On a call today at 888-827-2249 for a free, no-obligation quote.  You can also email us with any questions you may have!

Not able to attract as many attendees to your trade show booth as you’d like?  Wondering what you can do to amplify the “Wow, what’s going on over there?” factor or make your pre-show mailer even more enticing?

Odds On Promotions teams up with a variety of clients who run booths at trade shows… including a chemical company in Michigan who recently attended a liquid waste, sewer and drain cleaning-based trade show.

During the trade show event, the chemical company ran Odds On’s Deluxe Zoom Ball promotion, which managed to catch attendees’ eyes and pique a lot of interest.  Here’s why: All weekend long, each attendee that visited the client’s booth got the chance to win a generous grand prize!

All attendees had to do was was press the magical red button on the Zoom Ball machine with the goal of collecting six orange-colored balls into the machine’s “Zoom Zone.”  If they did, they would have scored $50,000, compliments of Odds On Promotions!

What better way to attract a crowd than to offer an attention-grabbing prize?  Zoom Ball is just one of the many  trade show promotions we have available to our clients; however, the combination of the colorful LED lights and flying balls, makes the Zoom Ball impossible to miss!

Interested in insuring a Zoom Ball promotion at your next trade show appearance?  What are you waiting for?  Give Odds On a call today at 888-827-2249 for a free, no obligation quote… or email us for more information! 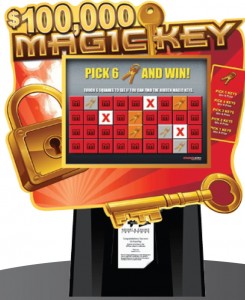 Looking for a “magical” trade show promotion to insure at your next big event?  Damien Anderson, Internet Business Development Manager, is here to share a great contest with you, which comes from a food distributer in the Northeastern U.S.

I was contacted by a food distributor looking for ideas on how to increase traffic to their trade show booth.  I suggested running one of Odds On’s Countertop Kiosk promotions, utilizing our “Magic Key” Video Scratch and Win contest!

Here’s how the trade show promotion worked: Attendees who stopped by their trade show booth were given a chance to select 6 spots on the kiosk game’s touchscreen.  If all 6 revealed winning ‘key’ symbols, they would have won the ‘keys’ to a $40,000 vehicle… paid for by Odds On Promotions!

When insuring one of Odds On’s Video Scratch and Win kiosk games, I always recommend that you hand out smaller, sponsor-insured auxiliary prizes for those participants who manage to unveil fewer winning symbols. After all, everyone loves free swag — and let’s face it, no one likes to walk away empty-handed!  Two for one coupons or discounts on purchases can be a great solution if you are on a budget.

Need more trade show promotion ideas for your upcoming show or other big event? Visit our website! We have a unique promotion for any/every type of business!

Interested in insuring a Video Scratch and Win promotion of your own? Check out the stock games we have to offer, or give us a call at 888-827-2249 to find out more about how we can custom design a game specifically for your business/organization!  We strongly encourage everyone to also email us with any questions you might have!

Check out a demo of our Magic Key VSW game: